The second edition of the TECHNÈS Award (2020-2021) for young creators called for submissions of work making original use of technology and having immersion as its theme. Without wishing to impose a precise definition of the term, the idea was to consider and depict immersion not only as a sensorial experience but also as a psychological, philosophical and social experience which opens up new ways of seeing the world. Some fifteen short films and installations were submitted in the fall of 2020 by students and recent graduates at three universities – UNIL, Université Rennes 2, Université de Montréal – and four film schools – INIS, Fémis, Écal, ENS Louis Lumière – all of them members of the partnership. The international jury, made up of scholars, students and professionals who are members of TECHNÈS’ partner institutions, selected as winner of the TECHNÈS Award the film Jegan by Keerthigan Sivakumar (ÉCAL). This short film uses immersion to explore the murky connections which can arise between the sense of sight and that of hearing in cases of hyperacusis and stands out for the singularity of the way it is composed and its remarkable use of sound. The films Shamanín, by Nikita Merlini (ÉCAL), which takes up the theme of immersion through a fantastic depiction of the workings of a greenhouse, and Under Water, by Oriane Morriet(Université de Montréal), whose immersive dimension takes the form of images of an aquatic dance course, received honourable mentions from the jury. 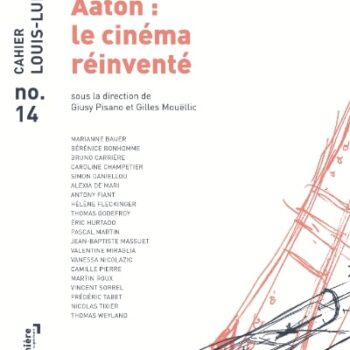