The international conference Matérialité, esthétique et histoire des techniques: la collection François Lemai comme laboratoirebrought together specialists working in various disciplines at Université Laval from 13 to 17 May 2019 in order to collectively rethink an issue too infrequently taken up in cinema studies, that of the role of technical objects and devices in media history. This was the first international conference on the cinema held in Quebec City since the Domitor conference of 1990. The event was designed to enable representatives of disciplines who usually work in separate spheres to meet: researchers, technicians, collectors, filmmakers and archivists.

The principal goal of the conference was to grasp the new issues arising out of direct contact with objects and machines, especially during the first two days (13 and 14 May), when conference participants were invited to take part in a laboratory with the very objects they study. This opened up a range of epistemological and historiographic questions on the role of techniques and technologies in written film history. The position adopted by the conference was that not only have devices always changed throughout film history, but a close and applied examination of these devices opens up a new perspectives on clichés around the connections between aesthetics and technology. We believe that François Lemai’s vast collection, held in Université Laval’s collections, could make a formidable contribution to understanding hitherto little-known aspects of the history of technology and techniques, as well as the history of forms, theories and general questions in cinema culture. The product of thirty years of collecting across several continents, this collection is incontestably the largest of its kind in Canada. The conference sought, through five days of lectures, demonstrations, shows and screenings, to celebrate this imposing collection by showing how it might actively serve the work of researchers, theorists, historians and archivists, but also that of filmmakers and those who work in museums. The pooling of these different approaches to objects and forms of knowledge in a single “laboratory” which gave prominence to experimentation, to cautious steps and to spectacular discoveries, was indisputably the most original and innovative aspect of this major event.

TECHNÈS at the 2019 Digital Humanities Showcase 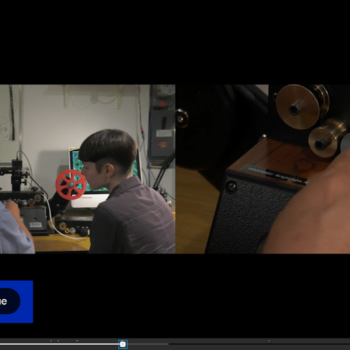 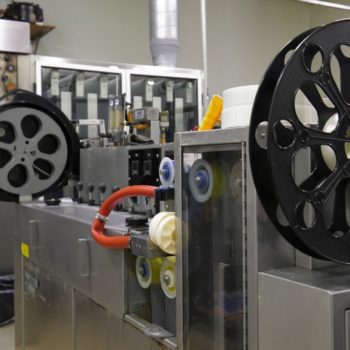